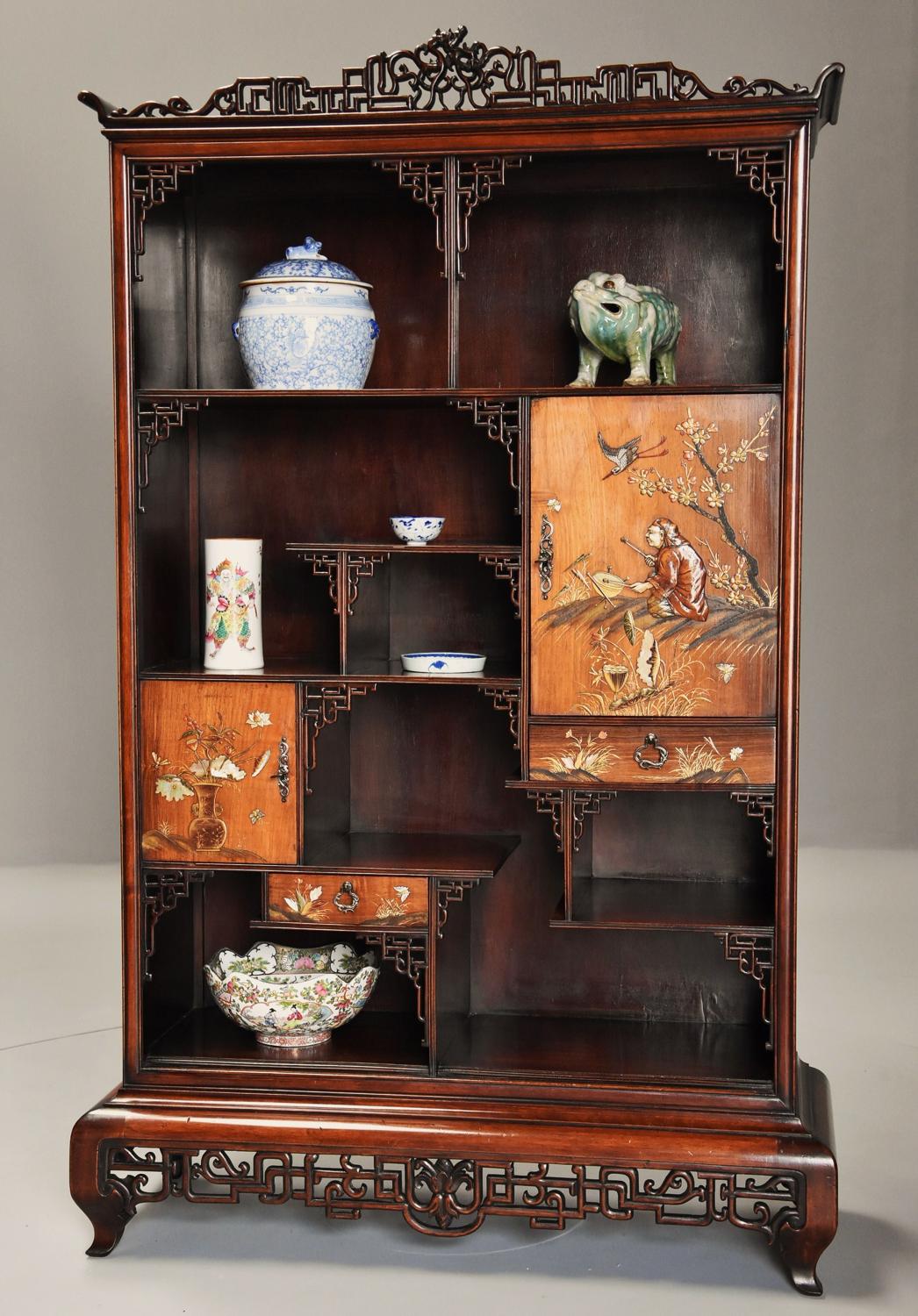 Many of the flora and fauna depicted have symbolic meanings such as the lotus flower: a symbol of purity and devotion, the butterfly: a symbol of springtime and marital bliss, the stork: a symbol of rebirth and creation, the crane: a symbol of happiness and eternal good fortune.

Gabriel-Frederic Viardot (1830-1906) was a Parisian cabinetmaker specialising particularly in Chinese and Japanese style furniture, there being a demand in France at this time for exotic luxury furniture from Asia.

Viardot firstly worked as a sculptor and later set up his own workshops making furniture in 1860 with many craftsman working for him. He exhibited at many exhibitions and gained many awards such as a gold medal in 1889 at the Paris International Exhibition, the following year gaining a gold medal again as well as many other awards in various exhibitions over the years and was also awarded the Knight in the Legion of Honour in 1885.

Although we cannot find any evidence of signature on this cabinet it has many elements of a Viardot piece and is certainly a piece of superb quality, design and workmanship.

This cabinet is in very good condition for age with no missing pieces, is of stable construction and can go straight into a home or collection.

Please note: the items displayed on the cabinet are not included.

Registered as exempt under the Ivory Act 2018 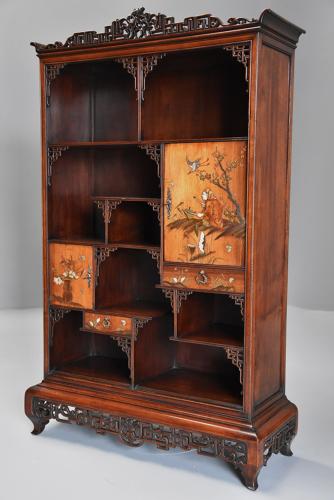 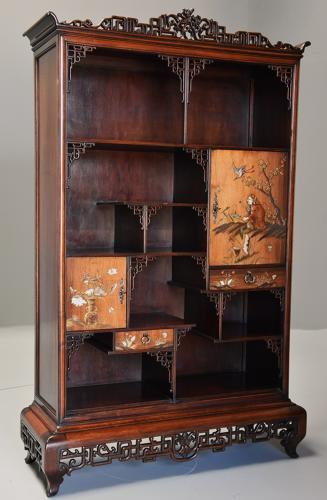 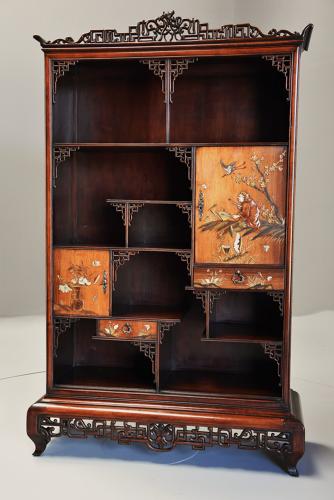 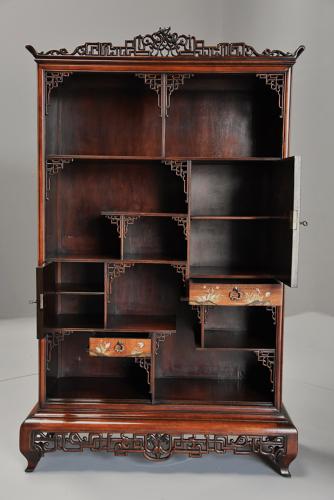 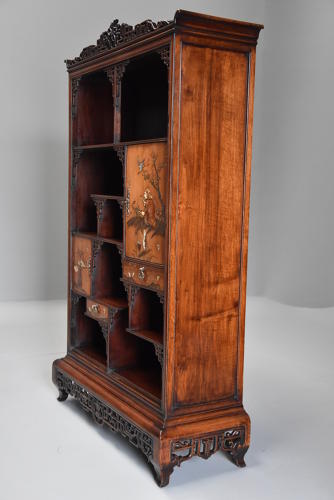 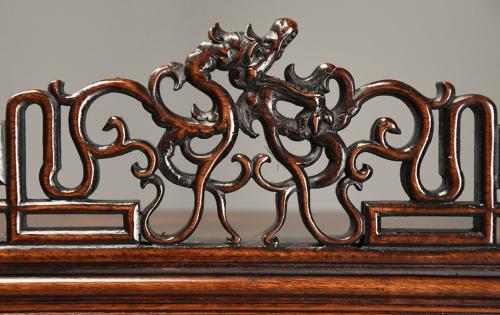 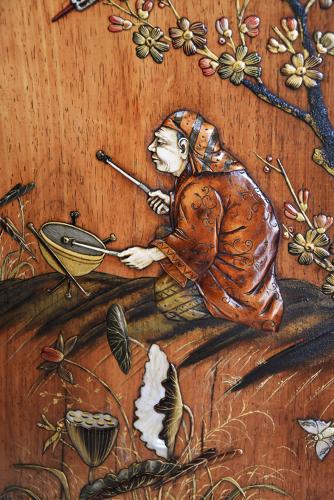 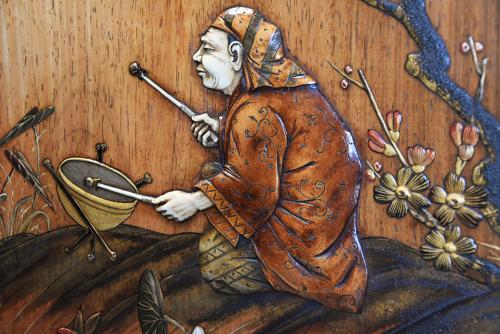 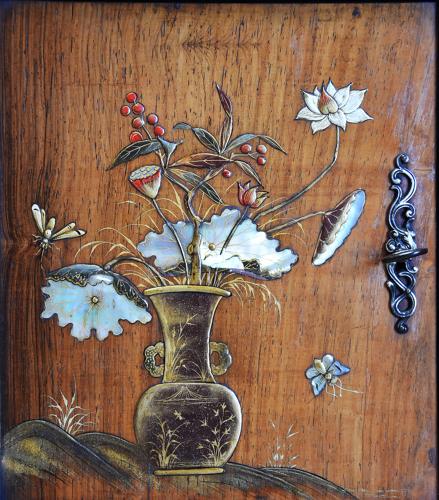 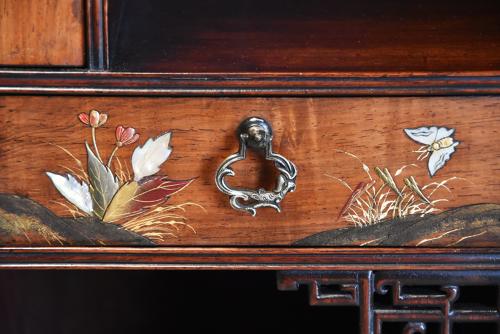 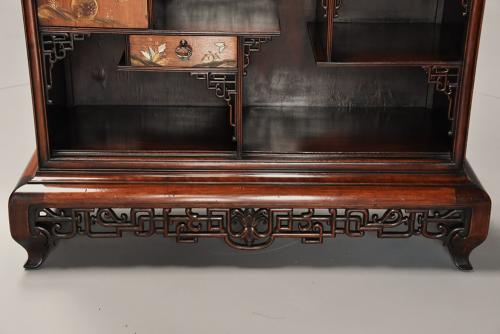 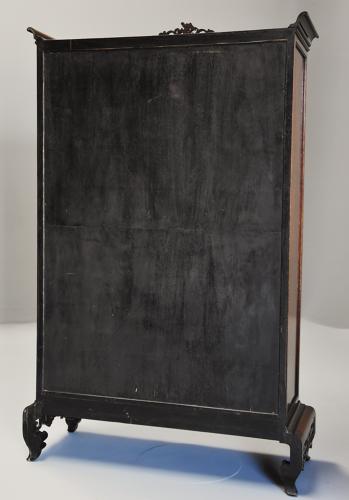