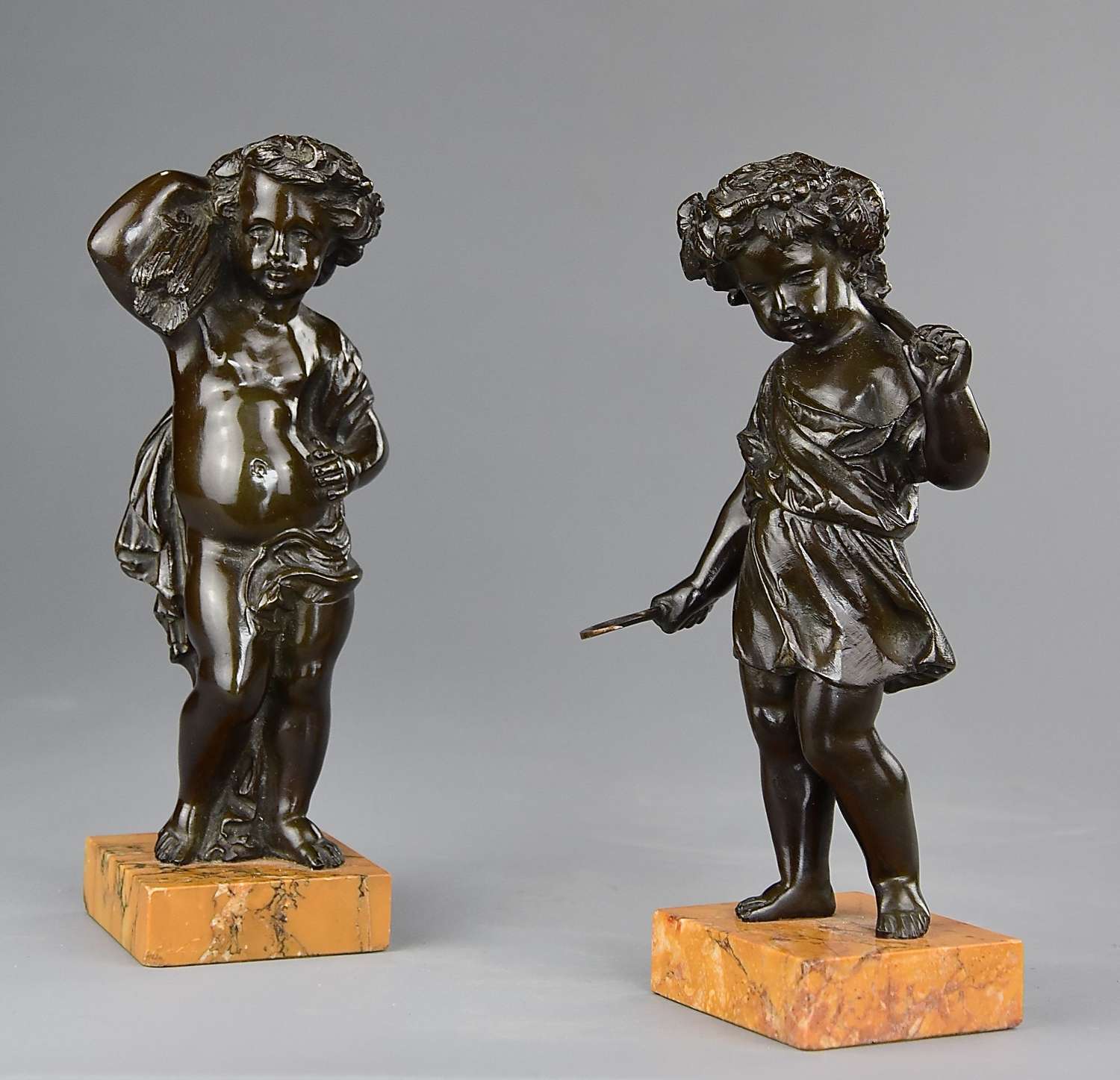 Pair of 19thc bronze Harvest putti in the manner of Clodion

A charming pair of French late 19th century bronze allegorical Harvest putti on sienna marble bases in the manner of Claude Michael Clodion (1738-1814) - ADDITIONAL IMAGES CAN BE VEWED BELOW:

The putti both representing the gathering of the Harvest, one with vine leaves to his head with grapes over his shoulder and a sickle in his hand, the other with a wreath to his head carrying a wheatsheaf on his shoulder, both supported on sienna marble plinth bases.

This style of figure is taken from famous works executed by sculptors such as Claude Michael Clodion in the late 18th century, such models being very popular during the 19th century particularly in England.

This pair of bronzes are in very good condition for age, are of stable construction and can go straight into a home. 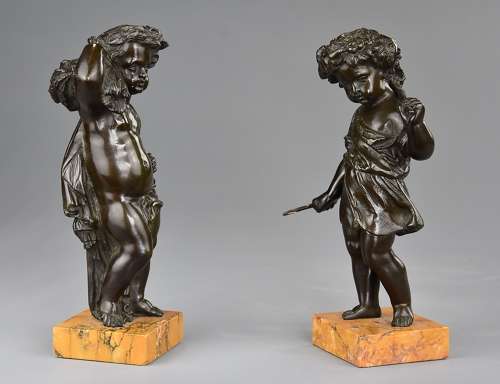 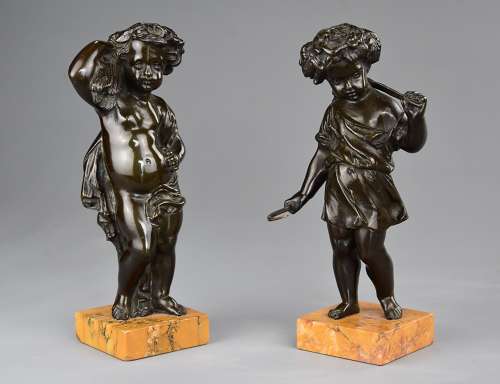 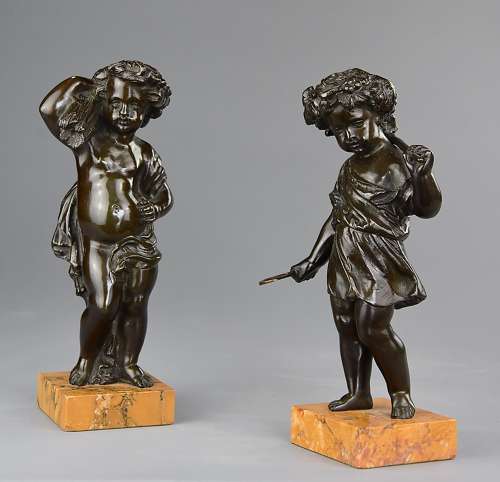 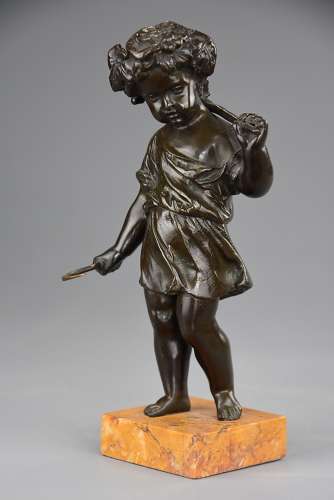 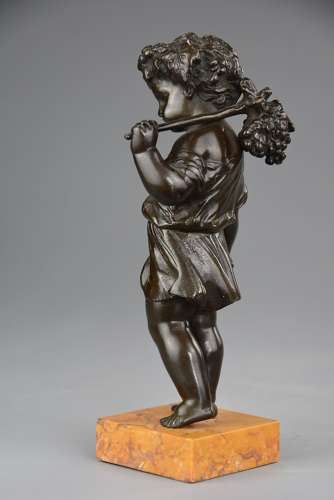 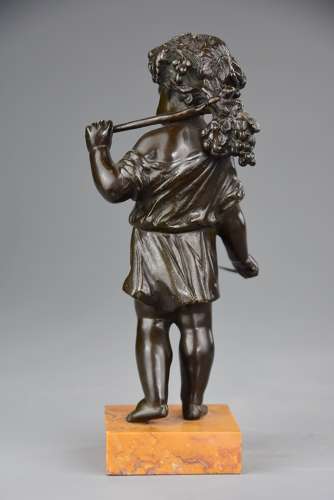 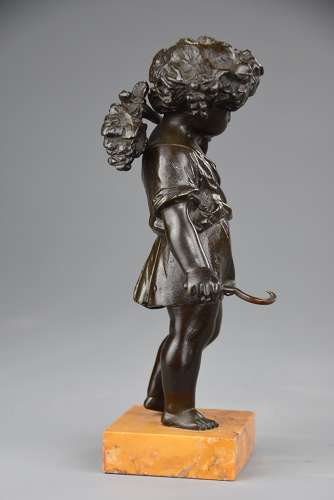 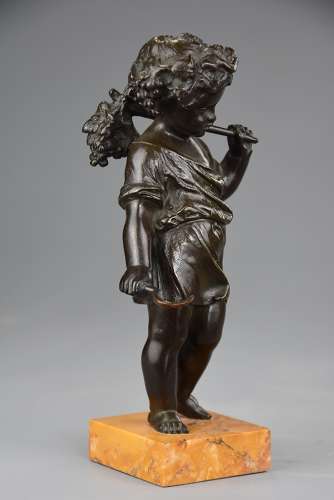 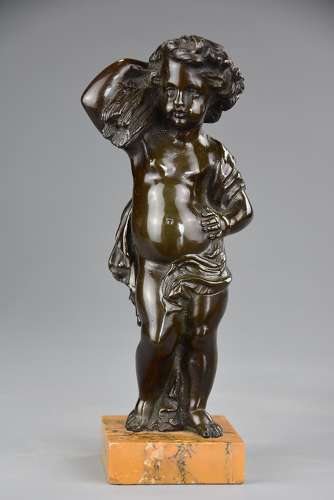 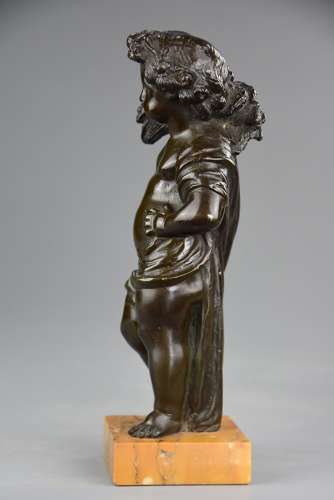 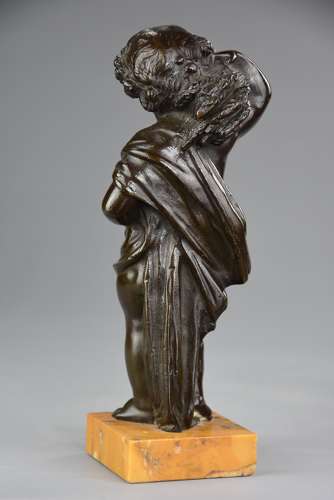 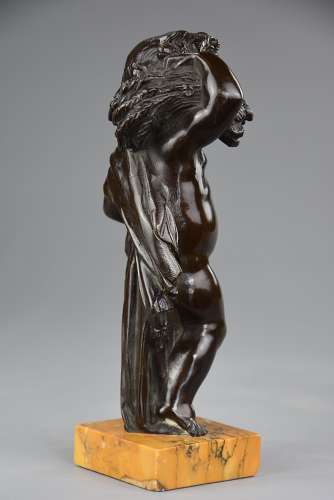 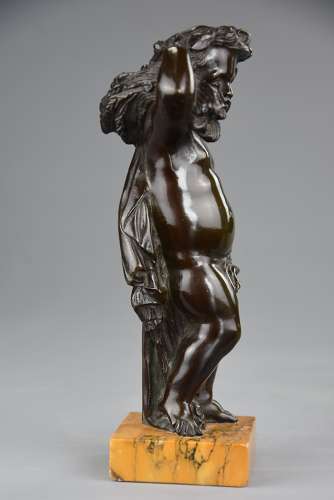