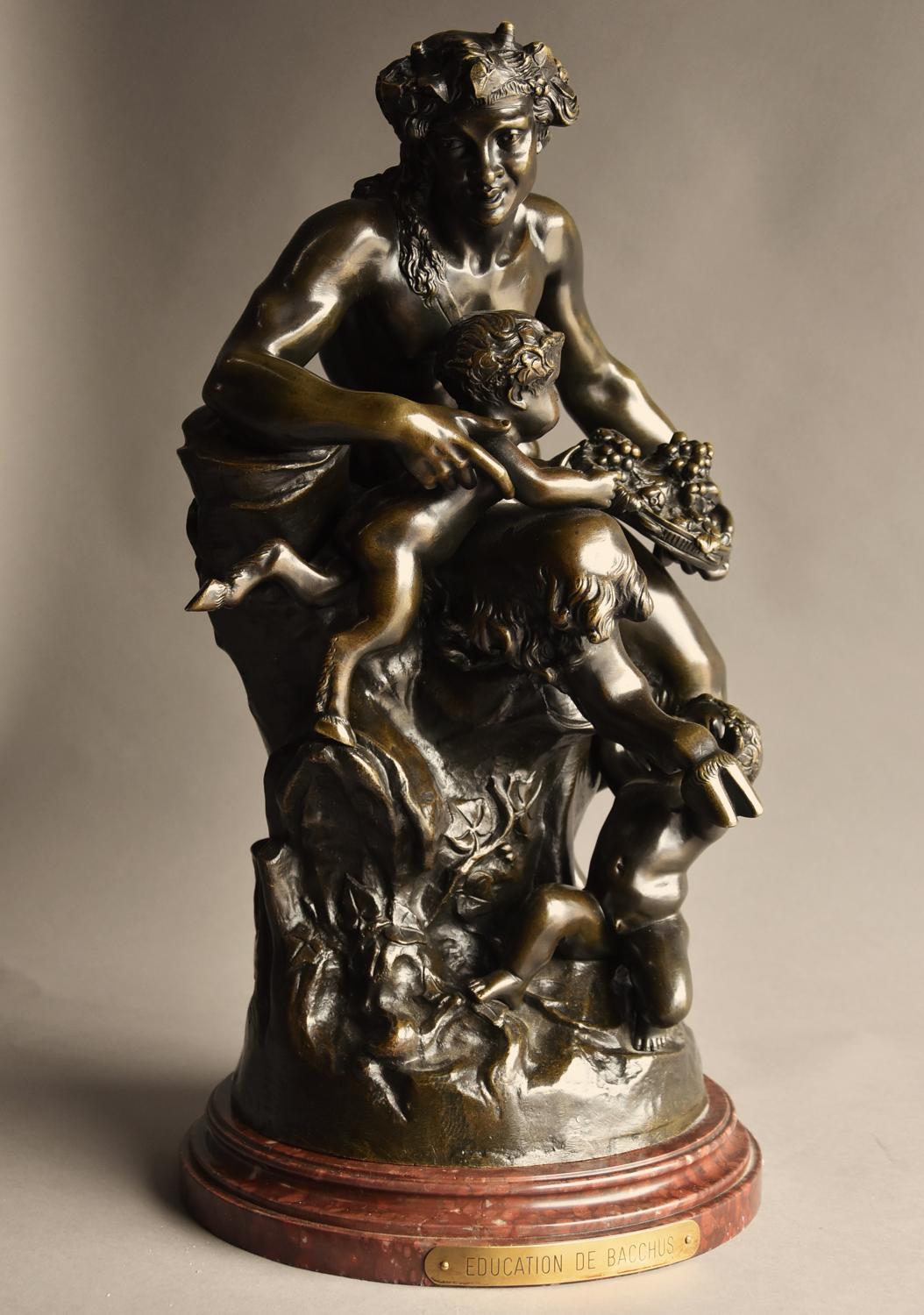 A large mid 19th century French bronze group of a Satyr and two fauns After Claude Michel Clodian (1738-1814), bearing brass plaque 'Education de Bacchus' and signature to back - ADDITIONAL IMAGES CAN BE VIEWED BELOW:

This group consists of a Satyr with small horns to his head, seated and wearing a wreath to his head of vine leaves and grapes, holding a platter of grapes in his hand.

The Satyr is holding one faun, the other is at his feet, all supported on a naturalistic base with trailing vine leaves.

The Satyr was part of a troop of companions of the God of grape & harvest, Bacchus, the Satyr typically wore wreaths of vines on his head and was half man and half goat.

The bronze is supported on a circular rouge marble moulded base.

Clodion was a French sculptor working in Paris workshops from 1755, he gained various awards for his work and then worked in Rome in 1762 and later returned to Paris and produced many fine sculptures. 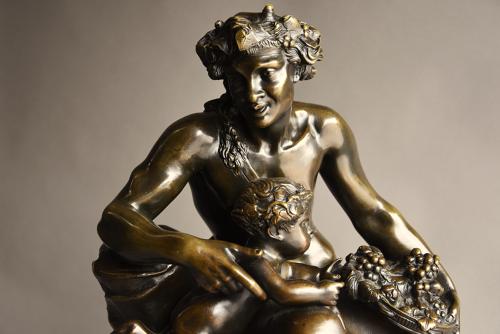 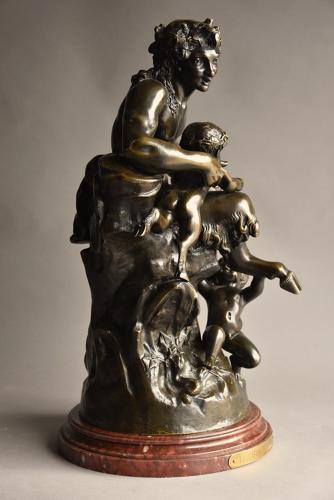 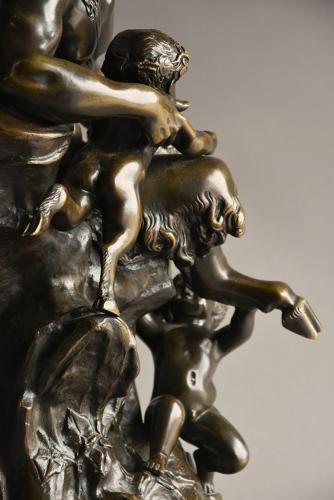 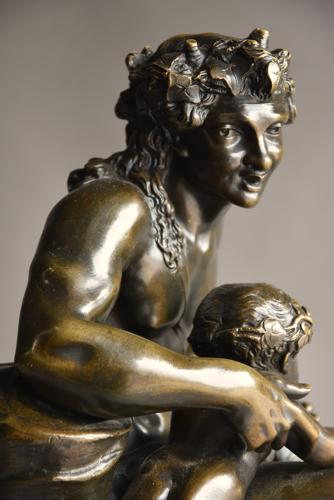 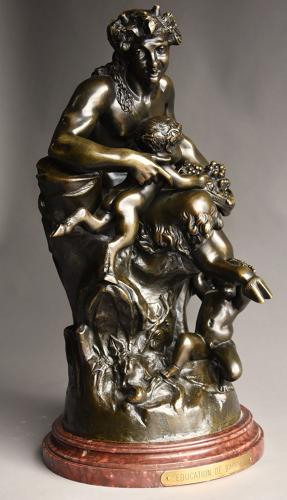 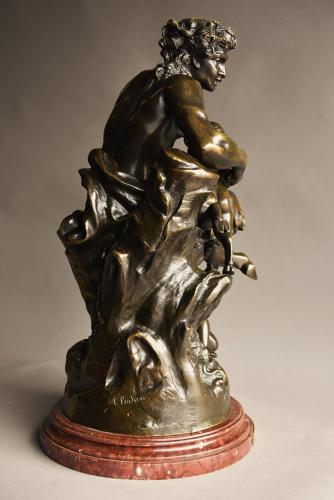 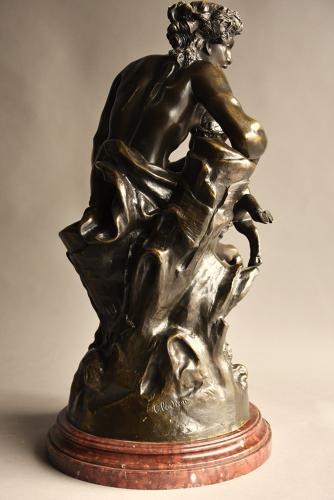 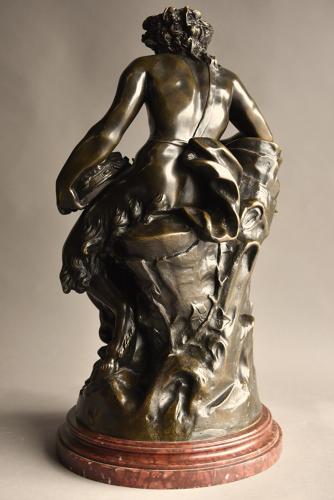 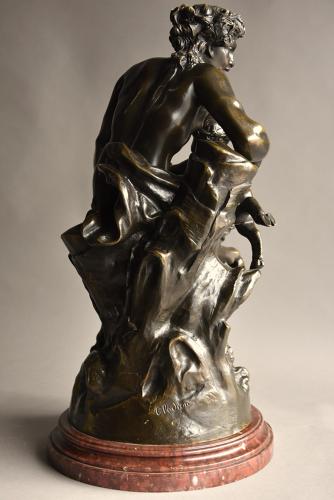 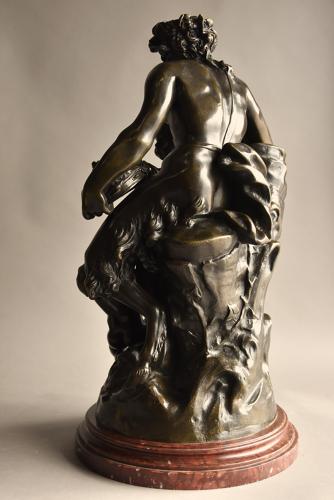 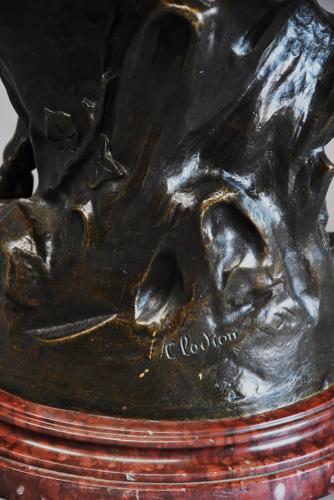