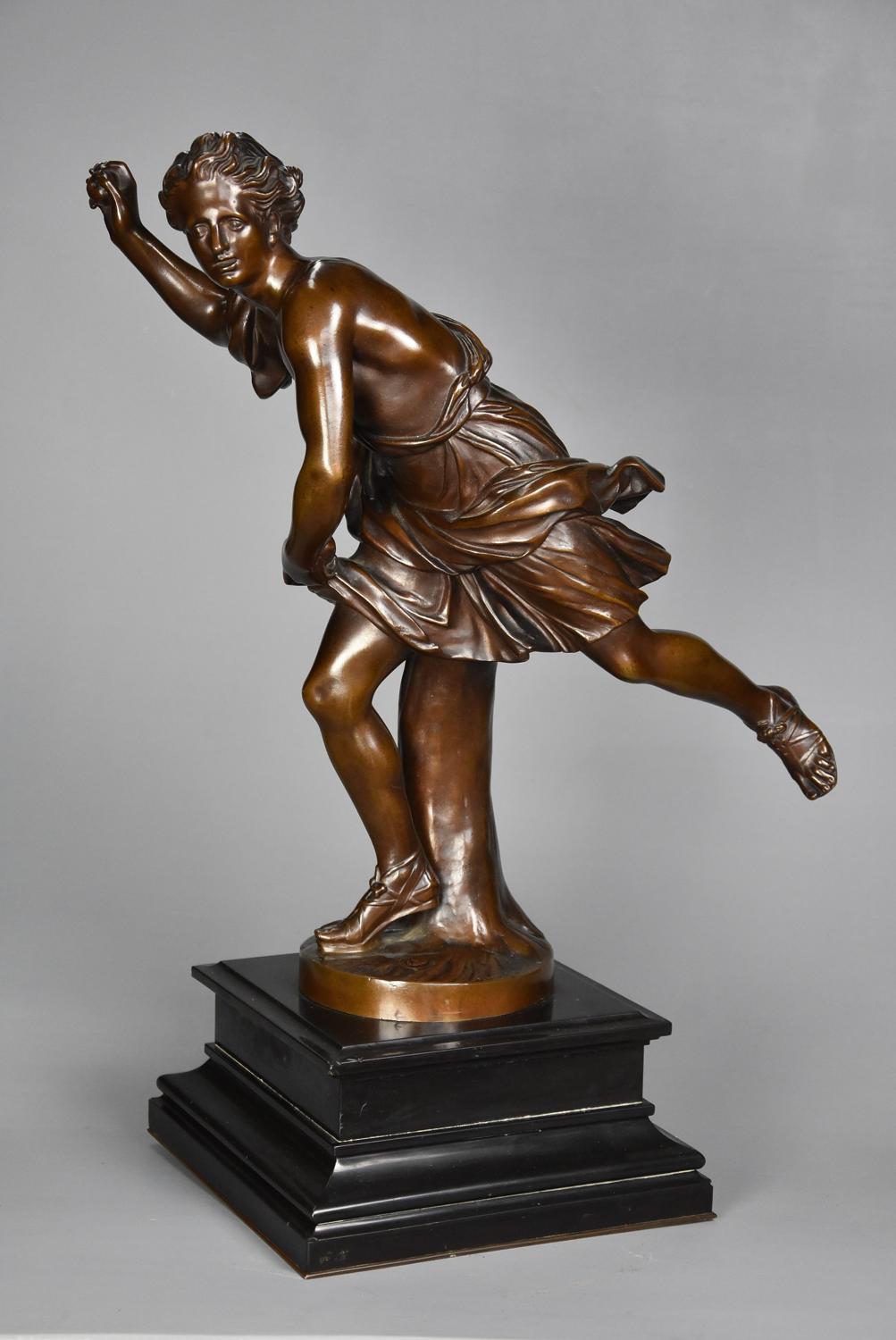 A large late 19th century bronze figure of ‘Hippomenes’ signed ‘F.Barbedienne, Fondeur’ after an original sculpture by Guillaume Coustou the Elder - ADDITIONAL IMAGES CAN BE VIEWED BELOW:

This bronze figure depicts Hippomenes (or Milanion) poised to throw an apple, dressed in short Dorian chiton (tunic) with sandals on his feet leading down to circular naturalistic base with foundry mark and signed ‘F.Barbedienne, Fondeur’, supported on square polished slate pedestal base with brass moulding below.

In Greek mythology ‘Hippomene’ or Milanion  fell in love with the huntress Atalanta: Atalanta said she would marry the man that could outrun her, anyone that went past her she would spear - in a race Hippomenes was given three golden apples by Aphrodite and when he dropped them they were picked up by Atalanta and they later married.

This figure is after an original sculpture by Guillaume Coustou the Elder, a French sculptor who sculpted for Louis XIV and Louis XV, Coustou was commissioned in 1714 to produce this figure to complement another figure, Atalanta, and both were placed near the carp pools at the Royal residence Chateau de Marly, later moved to The Louvre in Paris, France.

The Barbedienne foundry was set up in 1838 by Ferdinand Barbedienne and Achille Collas, Collas invented a machine to create smaller bronze figures from statues of  Greek & Roman origin in particular. The foundry produced many fine pieces over the years and worked closely with many artists, two of the most famous being Barye and Rodin.

This bronze figure is in very good condition for age, is of stable construction and can go straight into a home. 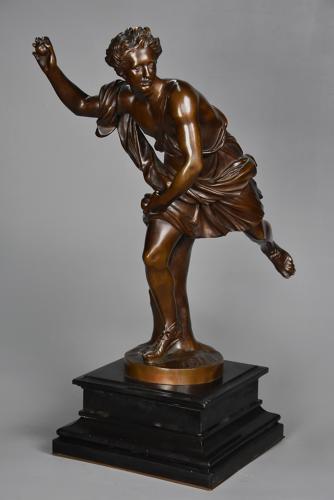 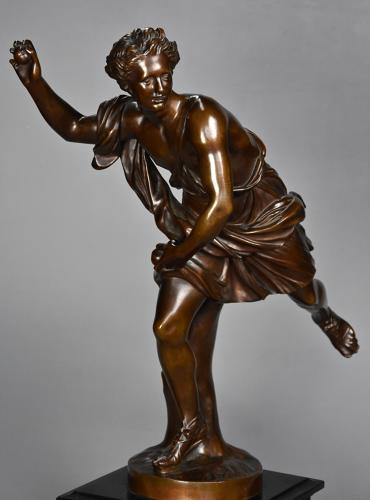 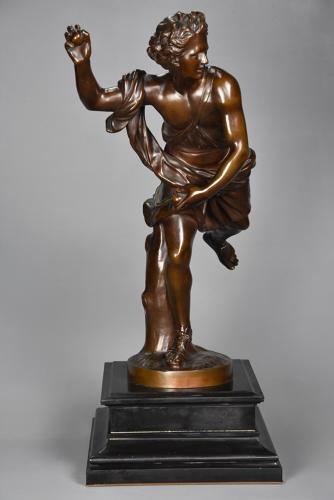 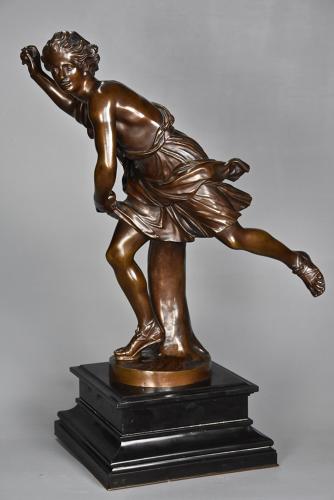 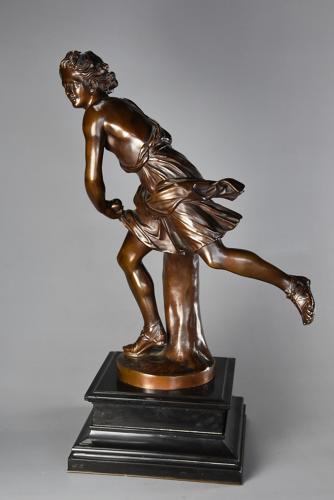 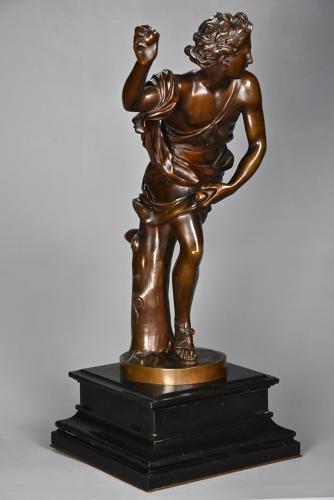 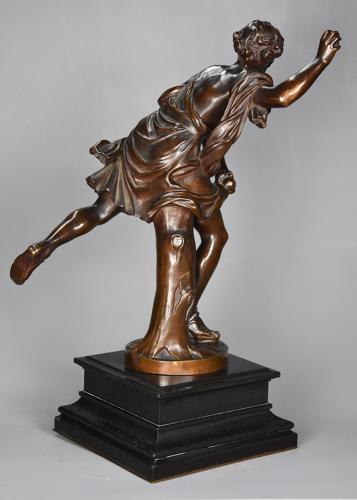 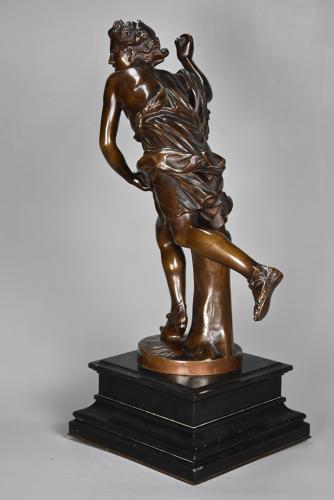 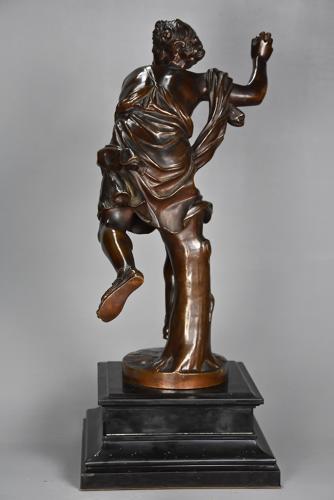 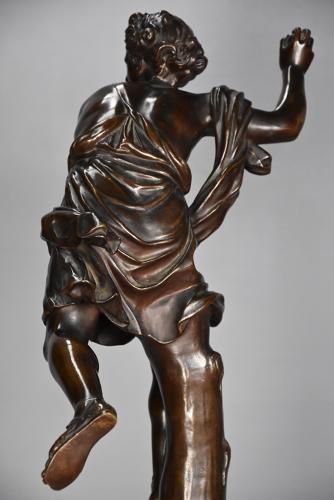 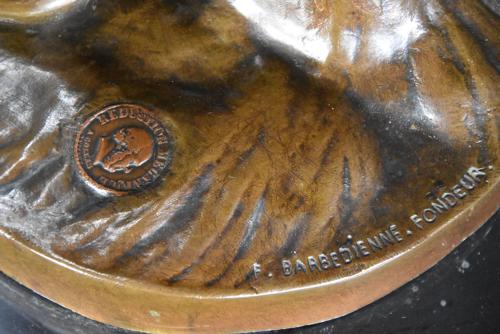