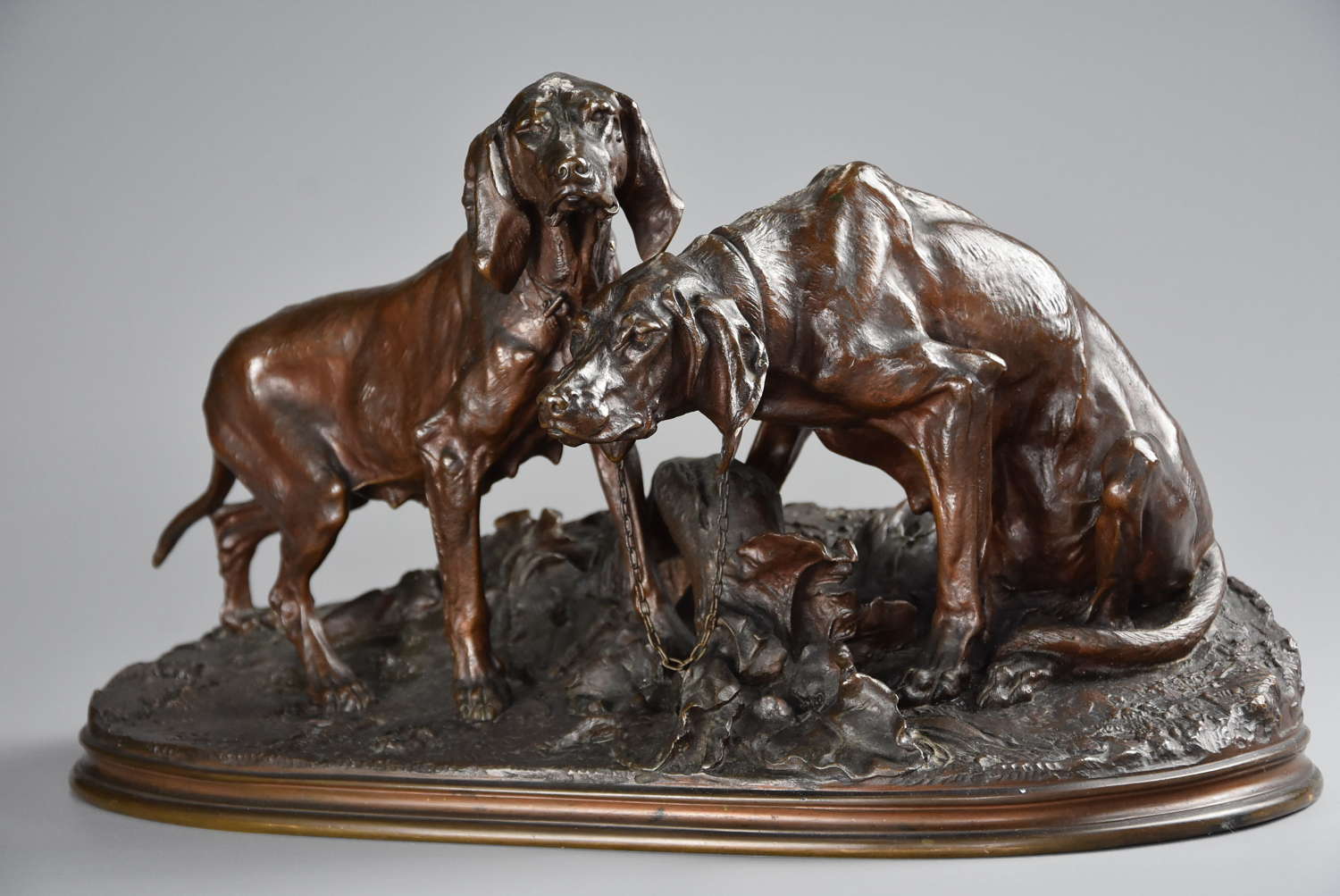 The title translates to ‘Pointer Dogs at Rest’ and is a super example of this breed, the Pointers depicted resting on a naturalistic oval base with foliage and the branch of a tree.

Pierre Jules Mene (1810-1877) was a French sculptor, born in Paris and was considered one of the pioneers of animal sculpture in the 19th century. He produced many animal sculptures, mainly of domestic animals, in particular those of dogs and also equestrian groups, renowned for the quality of his work. He established his own foundries where he would cast all his bronzes himself, in 1861 he was awarded the Cross of the Legion d’Honneur in recognition for his contribution to art.

Reference: this sculpture can be found in the book ‘Les Animaliers’ by Jane Horswell, Page 141 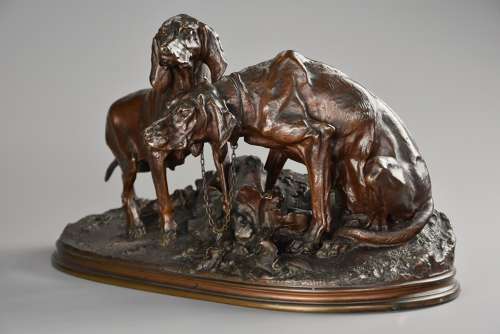 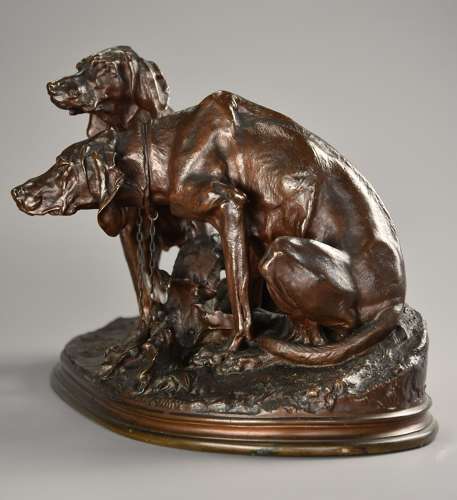 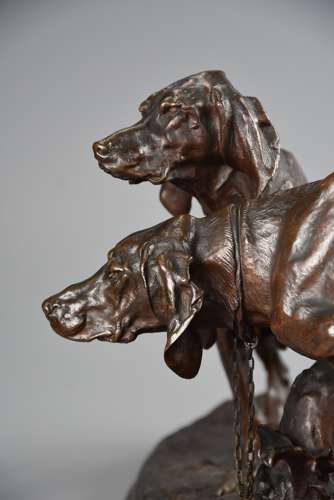 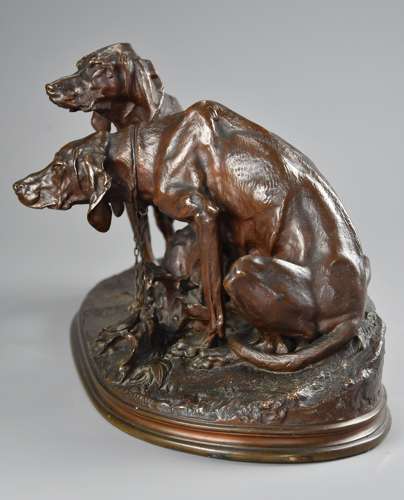 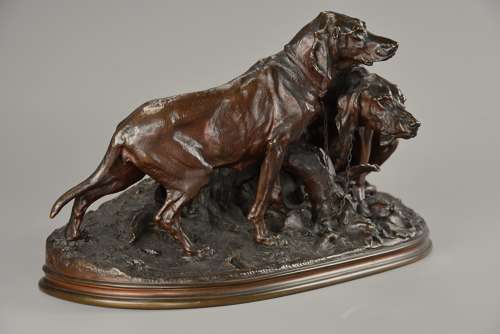 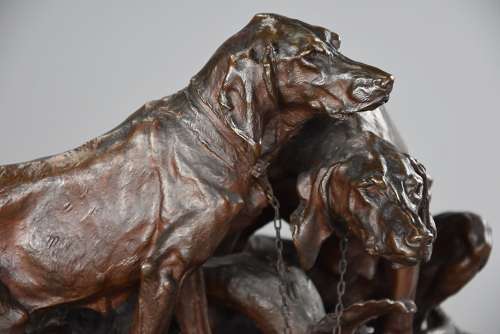 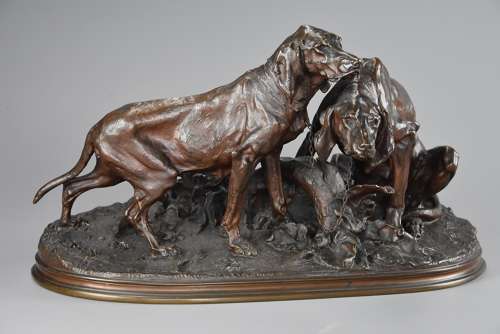 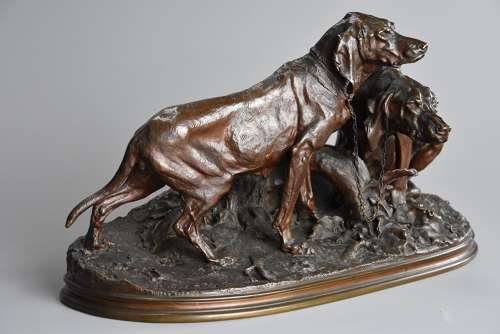 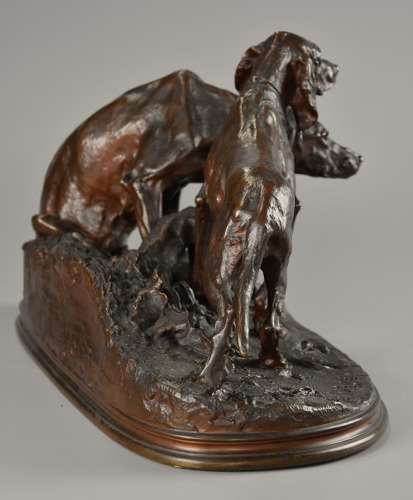 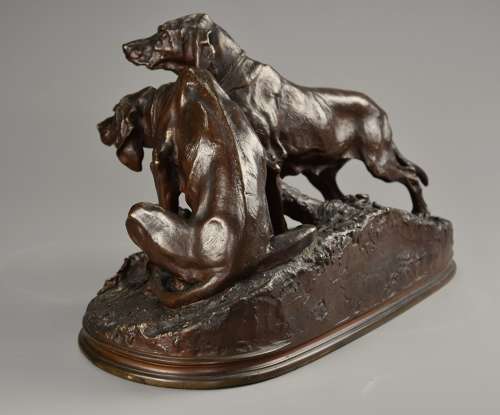 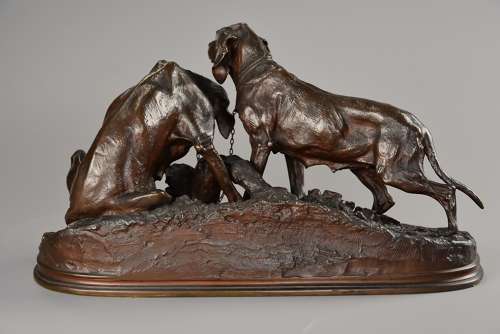 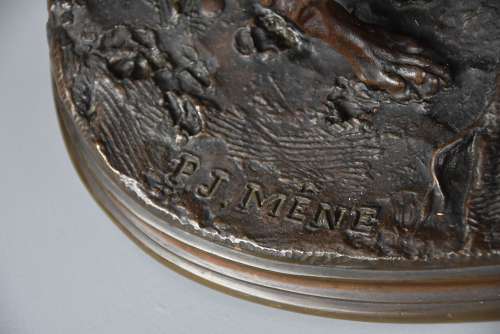 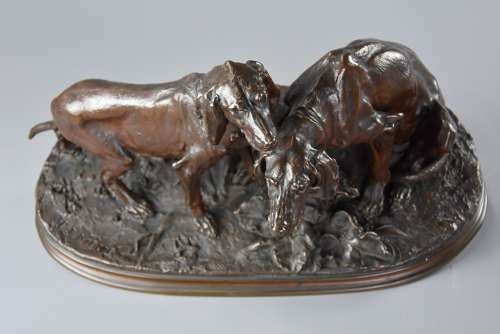 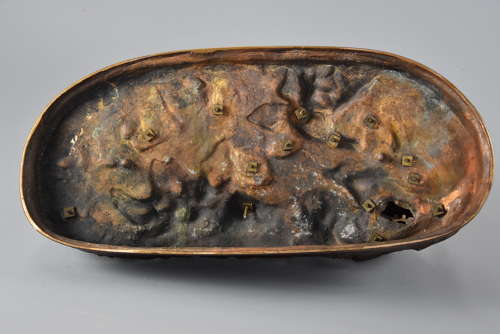