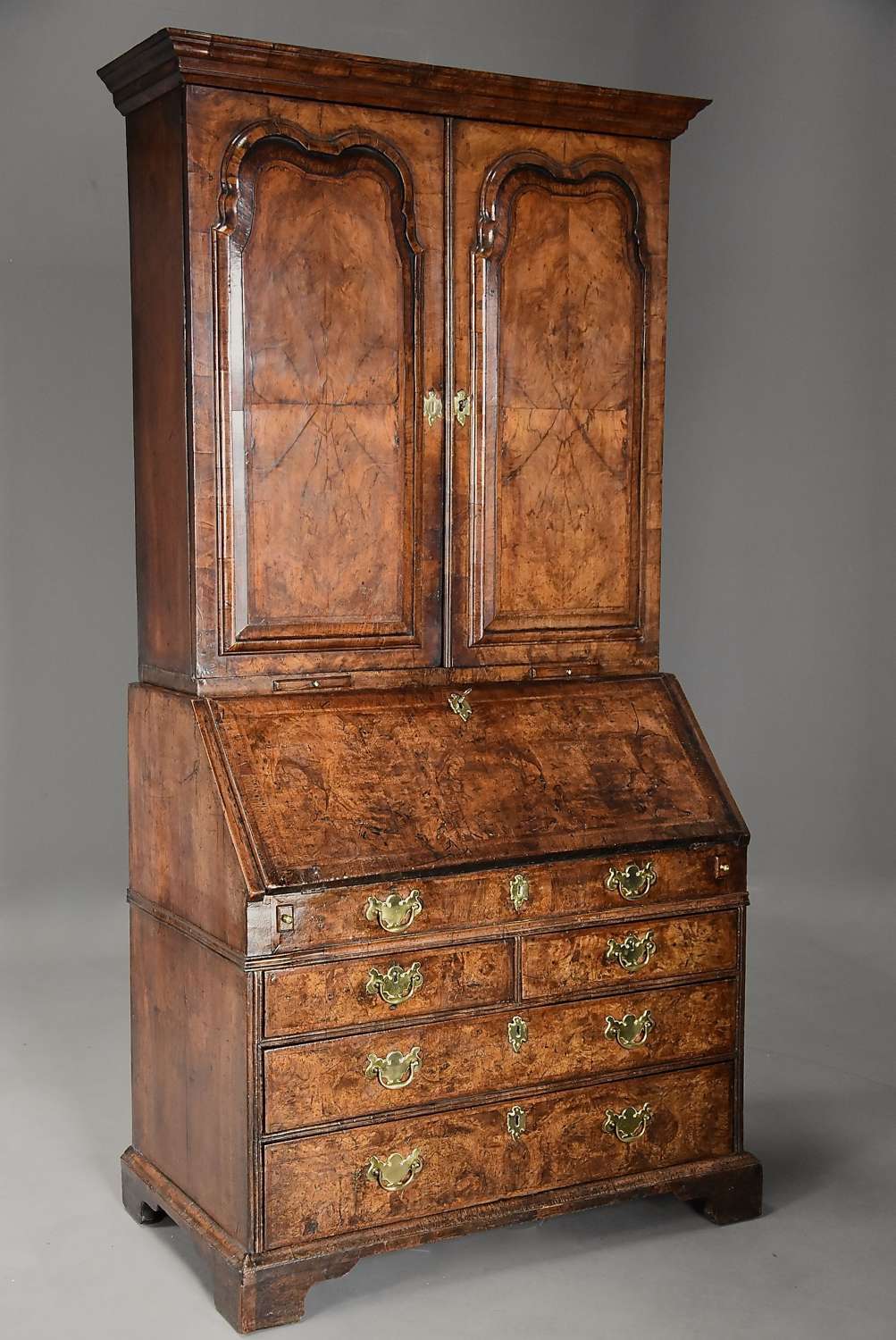 A superb example of an English early 18th century (circa 1715) burr walnut bureau bookcase of the Queen Anne period with wonderful original patina and interesting Provenance.

This bureau bookcase was exhibited at the Grosvenor House Art & Antiques Fair in 1948 by the London dealer Leonard Wyburd, who had previously headed up the ‘Furnishing & Decoration Studio’ at Liberty from 1883-1903.

Pieces from this period in original untouched condition (apart from the odd minor repair) are very rare to find today as many pieces of furniture from this period have been re-veneered during the 19th and early 20th centuries due to their popularity.

This wonderful bureau bookcase consists of an upper section with moulded cross grain cornice to the top leading down to two doors with quarter veneered curl walnut fielded arched panels with herringbone banding and walnut crossbanding supported within an intricate and shaped cross grain moulding, the doors with brass escutcheons and two candle slides below.

The doors opening to reveal two adjustable shelves for books etc. with eight pigeon holes and three drawers below.

The lower bureau section consisting of a finely figured burr walnut fall with herringbone crossbanding and moulded edge with brass escutcheon and original lock, this opening to reveal a nicely fitted interior consisting of a sliding panel with well below, a central door with pigeon holes and drawers to either side with two small outer drawers which can be removed to reveal further secret drawers.

The writing surface having a walnut banding with central faded green cloth which has been retained for originality.

This leads down to an arrangement of drawers, the top dummy drawer with a looper to either side to support the fall when open, leading down to two small over two long drawers,  the drawer fronts all of burr walnut with herringbone banding, oak linings and brass handles and escutcheons, the drawers surrounded by double bead applied cross grain moulding – although the handles have considerable age they are not original, probably replaced around 1740 possibly due to changes in fashion which is not uncommon.

The bureau bookcase is supported on a cross gain moulding and stands on original bracket feet, the sides walnut veneer on oak, the back also of oak boards.

Leonard Wyburd was a British painter, interior designer and designer of furniture, at the age of only eighteen he headed up the ‘Furnishing & Decoration Studio’ at Liberty from 1883-1903 where Moorish, Asian and Gothic influenced designs became very popular.

It is written in the book ‘Liberty’s Furniture 1875-1915 The Birth of Modern Interior Design’ by Daryl Bennett that he was a ‘supremely talented designer of the most important elements of the Liberty style’ but seems to often ‘receive only the briefest of mentions’ in books on Liberty and the Arts & Crafts movement.

He left Liberty in 1903 and set up his own design studio in London where he carried out many commissions for redesigning interiors and designing furniture, he later became an antiques dealer having a shop in Sloane Avenue, London and exhibiting at The Grosvenor House Antiques Fair, which was the most prestigious Antiques Fair in Britain for many years running from 1934 to 2009.

The Grosvenor House Art & Antiques Fair was launched in September 1934, it was a ground breaking event for the time setting the standards that others strived to follow, the fair running for many years until finally coming to an end in June 2009.

This bureau bookcase in in very good original condition for age and is a super example, it is of stable construction and can go straight into a home or collection - we can see from the image of this piece it looks to remain in the same condition as in 1948. 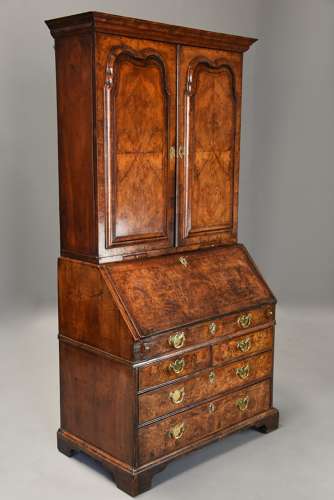 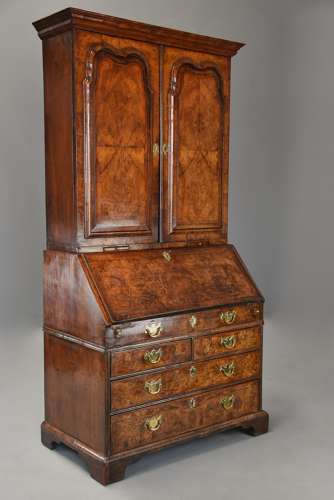 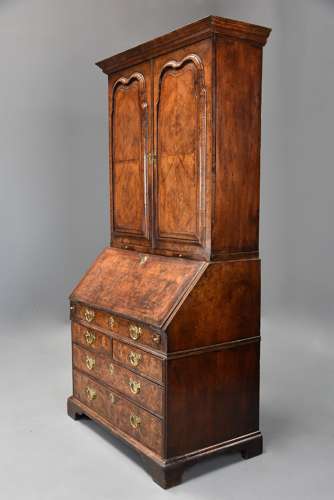 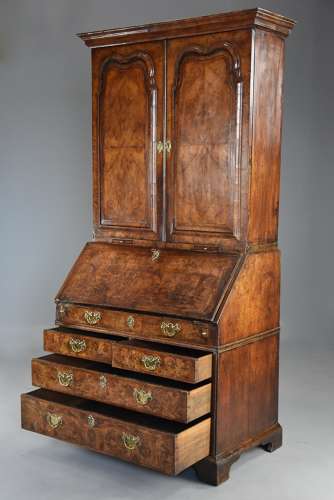 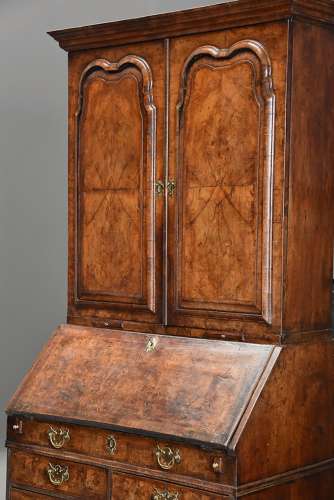 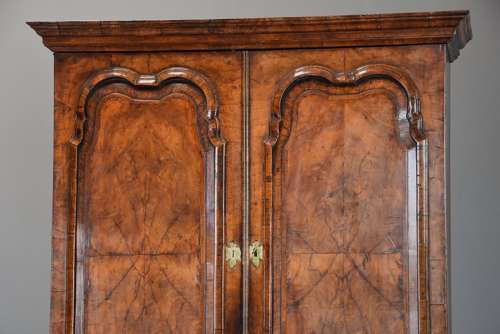 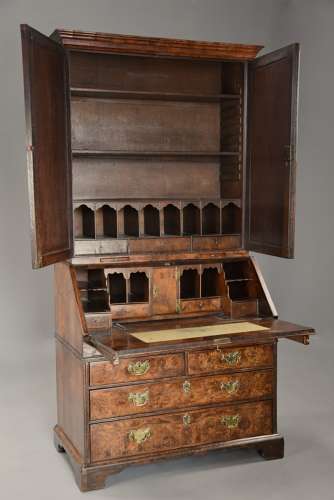 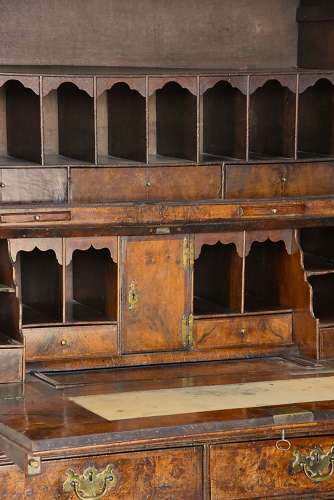 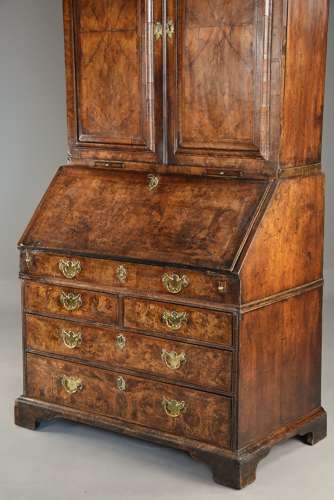 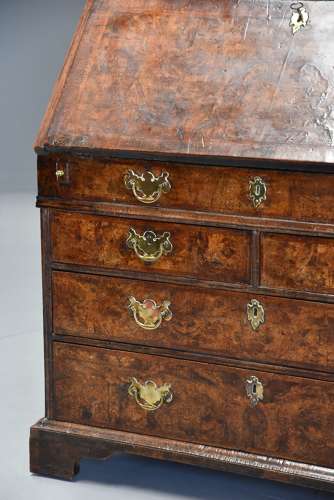 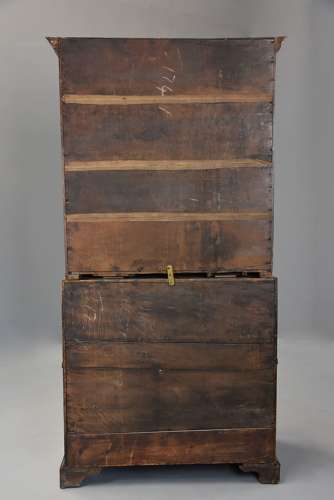 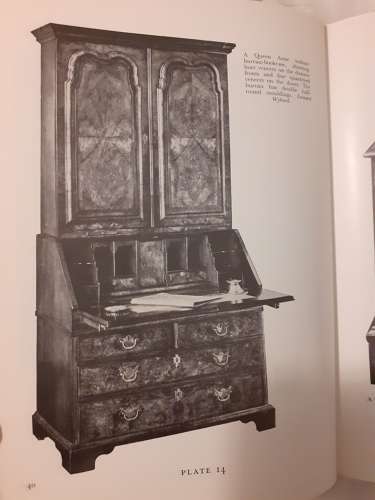 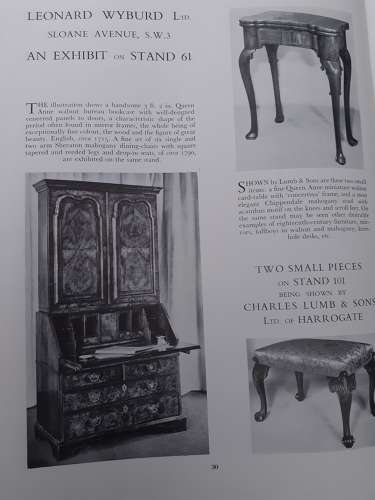